Following the artwork of Lost in Interstellar Space: RED, the art group Xindian Boys (TSONG Pu, WU Tung-Lung, and SU Hui-Yu) based on the Nanshi Creek will release the fourth collaborative series, the Untitled Year, of their quasi-topographical survey since 2012 at VT Art salon. This work is complex includes multi-channel projection, electronic screen, installation and huge b/w photography. The Untitled Year has been in development since March 2020, inspired by the global lockdown in the Coivd-19 pandemic era. Xindian Boys transform daily and nondaily life (under the pandemic) into a poetic visual language and have a distant and abstract dialogue with this turbulent world via their fundamental context – the axis of “people, scenery and others”. The Untitled Year is not only named to refer to the impact of 2020 on life and living but the title of “Untitled,” an extremely familiar term in the artistic system, is anticipated to catalyze infinite imagination – an indescribable year and era. No title, no name. Is this because it cannot be captured or exposed in language, or because people do not want to remember it? Like the previous choice of Xindian Boys, the Untitled Year is immersed in the landscape, constructing a disguised ritual and narrative, then leaving all possible answers to audiences to develop solitarily.

＊The project was granted by the National Culture and Arts Foundation.

In March 2020, the globe entered a daily and survival state of the Covid-19 pandemic. Although Taiwan’s situation is not as dreadful as in other countries, a metaphysical “self-isolation” is once branded in people’s hearts in various shapes, such as border blockade, footprint monitoring, a sudden drop in social frequency, masking of the face and freshly alienation. No matter from a physical or psychological state, it makes the three artists, who used to habitually stay in their homes in the Xindian mountainous area, feel of sheltering in the mountains and forests even more. Hence, the fourth project began with an indescribable contradiction as their prospective driving force, including living in seclusion and communicating with human civilization.

In the pandemic, people increasingly rely on the media to interconnect with the world. Since the widespread of the Capitol invasion broadcast in the US, a far-right activist dressed in a Native American-like fur headdress with horns became the news headline for a while. This distant and appalling image resets this piece of artwork of Xindian Boys. Thus, these elements of the (pseudo) naturalism, the abuse of totems, the smoke (whether it is mists, fire, fireworks, or tear gas), the viruses and DNA (a crude imitation of primitivism), the classic graveyards, the men and women on an outing and the frequently-failed-to-take-off kite, are placed in the scene of Nanshi Creek, a familiar environment for the artists, and stretched into a fictitious ceremony. All the messages are clear, transparent and indescribable, while the statuses seem to be closely related to the world yet have nothing relevant at the same time. Like Xindian Boys’ first artwork, The Best Day, the lens of “The Untitled Year” consistently rotates between mountains and rivers; meanwhile, plenty trifle biting back incidents happen in succession. However, the difference is that something gloomy covers everything. 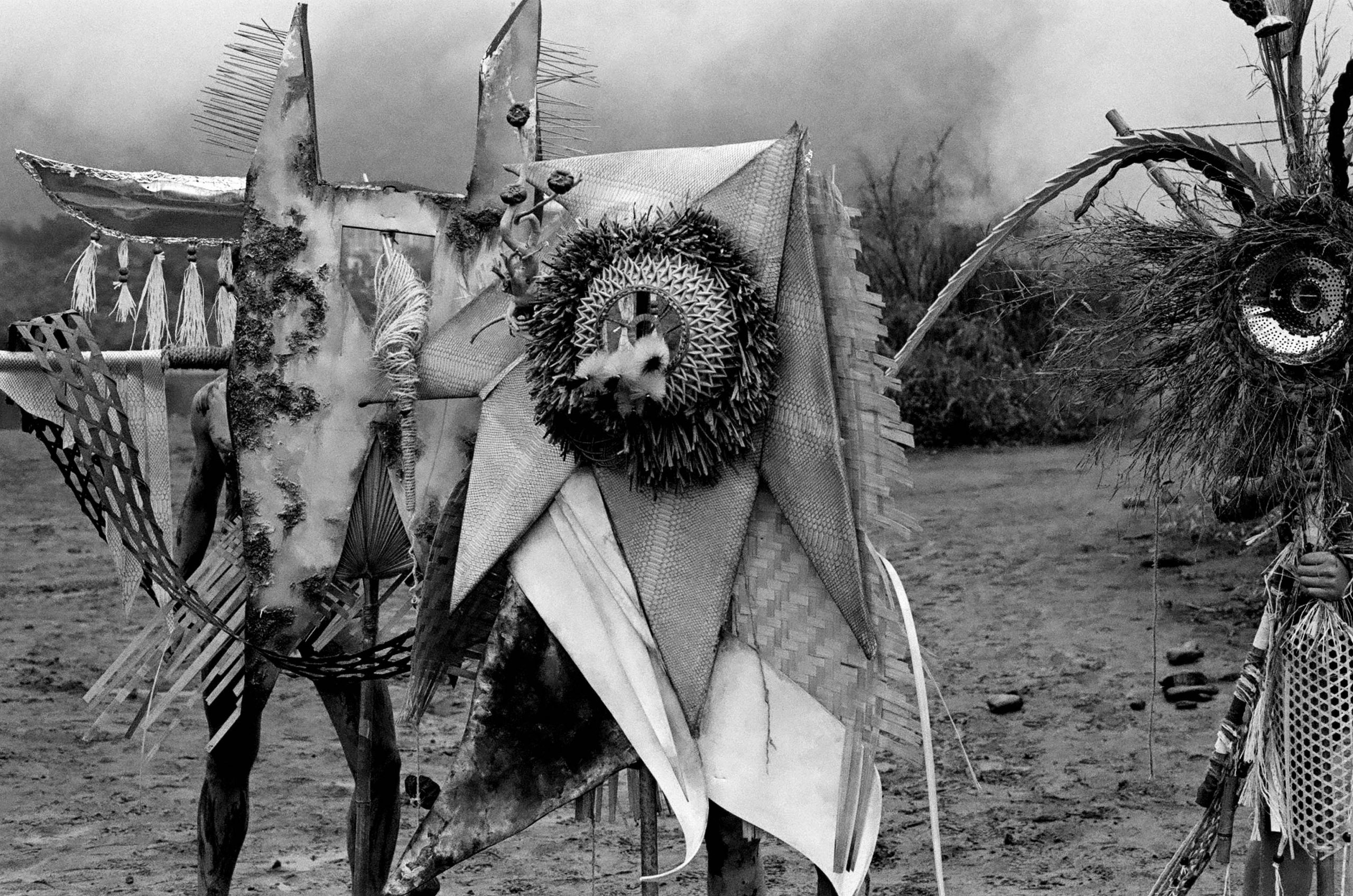