The world we see every day is compiled by coding programs. This seems to be the future scenario predicted by science fiction, but we are already in it now. These digital codes are interpreted in data types such as numbers, text, images, coordinates, and sounds after being coded in different programming languages. They have changed our understanding of language and perception through encoding/decoding. It is like the study of media hegemony and cultural issues proposed by Stuart hall’s communication model for media. His research has shown how media producers can “encode” an object, a feeling, and an idea to achieve the purpose of communication. “Decoding” is the process and method of how the receiver understands after translating the encoded media message. However, under the trend of such a large amount of information overload in the technology media, what will the language be changed by the hidden encoding/decoding process?

Language is no longer our original imagination

What if language is no longer dominated by humans? “Linguistic Relativity”, also known as “Sapir-Whorf Hypothesis” (Sapir-Whorf Hypothesis) once proposed that the language of different cultures will drive language users to produce specific thinking and behavior patterns. Today, we have used programming languages and natural language processing (NLP) to communicate with non-organic life forms such as computers, machinery, and artificial intelligence, which is different from the history of human development. At the same time, a new digital language system has been developed to help us re-encode objects, colors, grammar, semantics,
behavior, emotions and other contexts. We connect this system weirdly with computers and machinery to simulate the human worldview, and even as a new creator. When we have over-relied on digital technology to identify and analyze the world, do we fall into the mist of vague metaphors and cognitive abnormalities in digital programming language, or we will enter the Brave New World written by Aldous Leonard Huxley.

We are in a chaotic coding world. Just like the work “Let Me Tell You a Story” in this exhibition, we discuss how to interpret a story. The work sets an invisible spectator in the exhibition space to listen quietly and piece together fragments through the program. It will try to decode the full picture of a story in different contexts. Another work “Aphasia” discusses the huge amount of information we face every day. They turn into special scenes through programming language to interpret the indescribable dilemma of receiving huge amounts of information. ” Drifting City” is a digital footprint accumulated over 8 years, discussing the rapid movement of humans on digital maps via GeoMedia. Are these seemingly virtual spiritual journeys also changing our imagination of distance? Another work “Invalid Perception” discusses that humans rely excessively on sensor values to analyze the appearance of the world. After we have been relying on all perceptions to be digitized, are our feelings about humans and nature more vague?

This exhibition tries to ask questions about how humans can find the path to decoding after all digital data has been encoded. Does the world seem real when the technology media reshapes the new language structure? 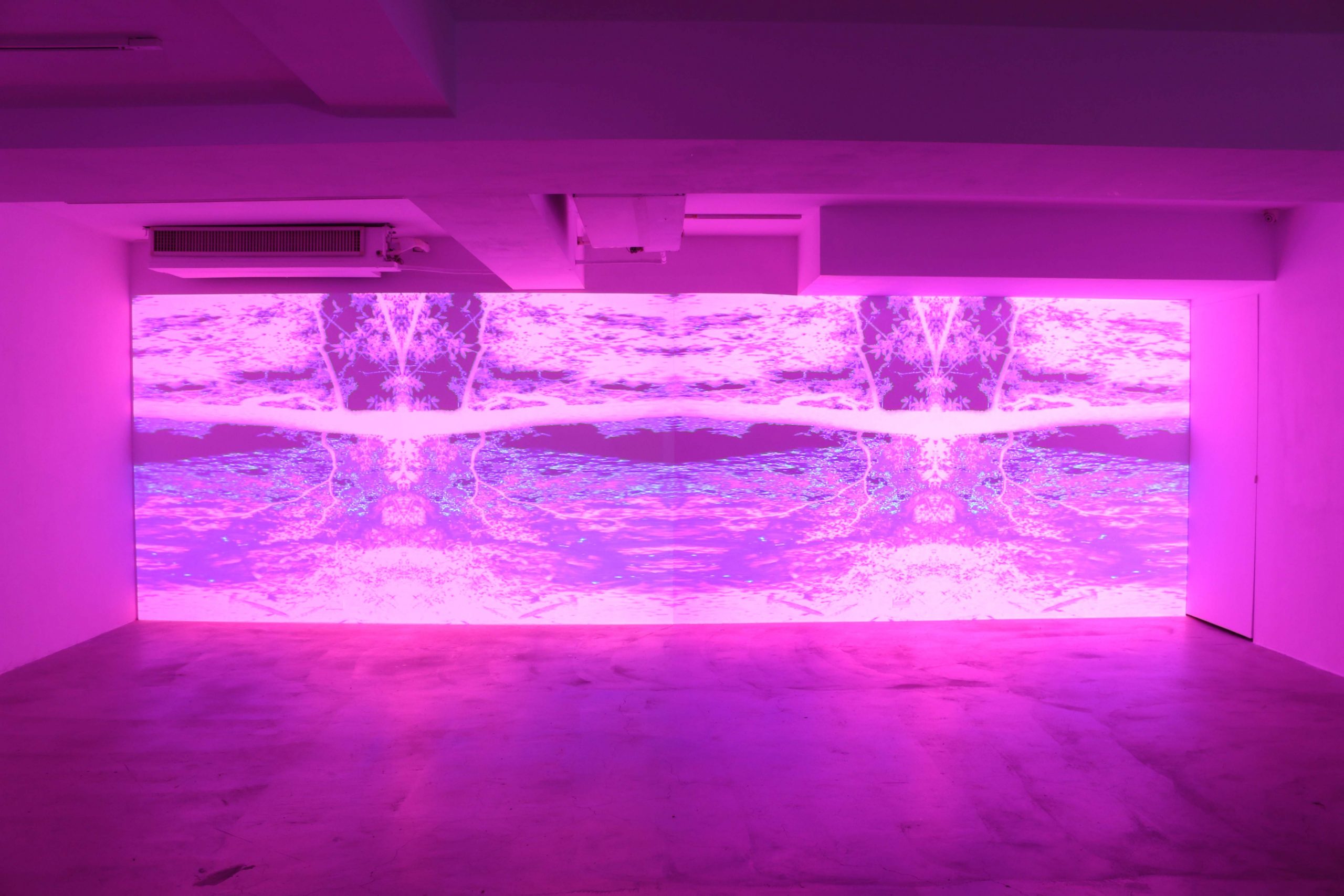 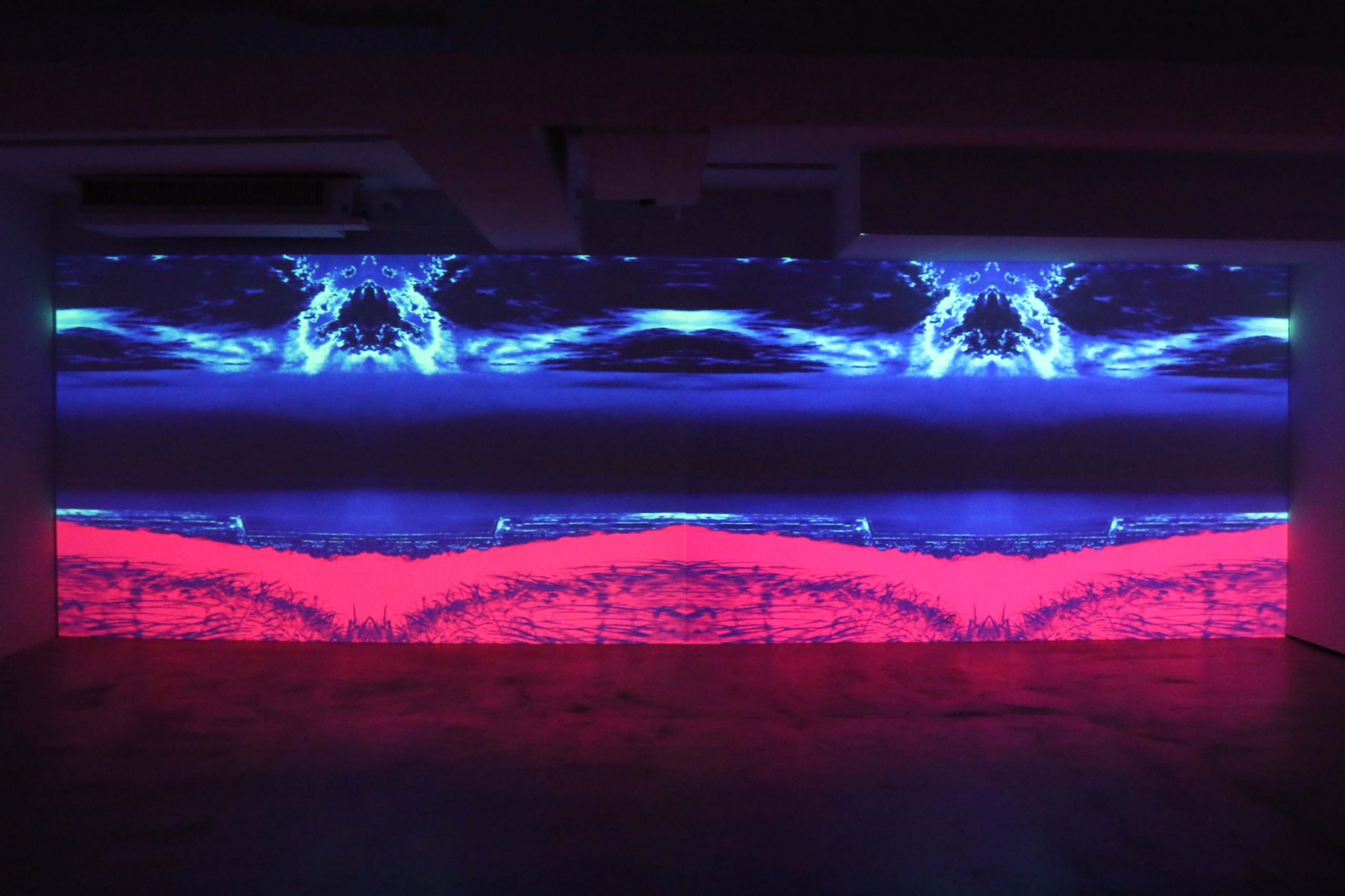 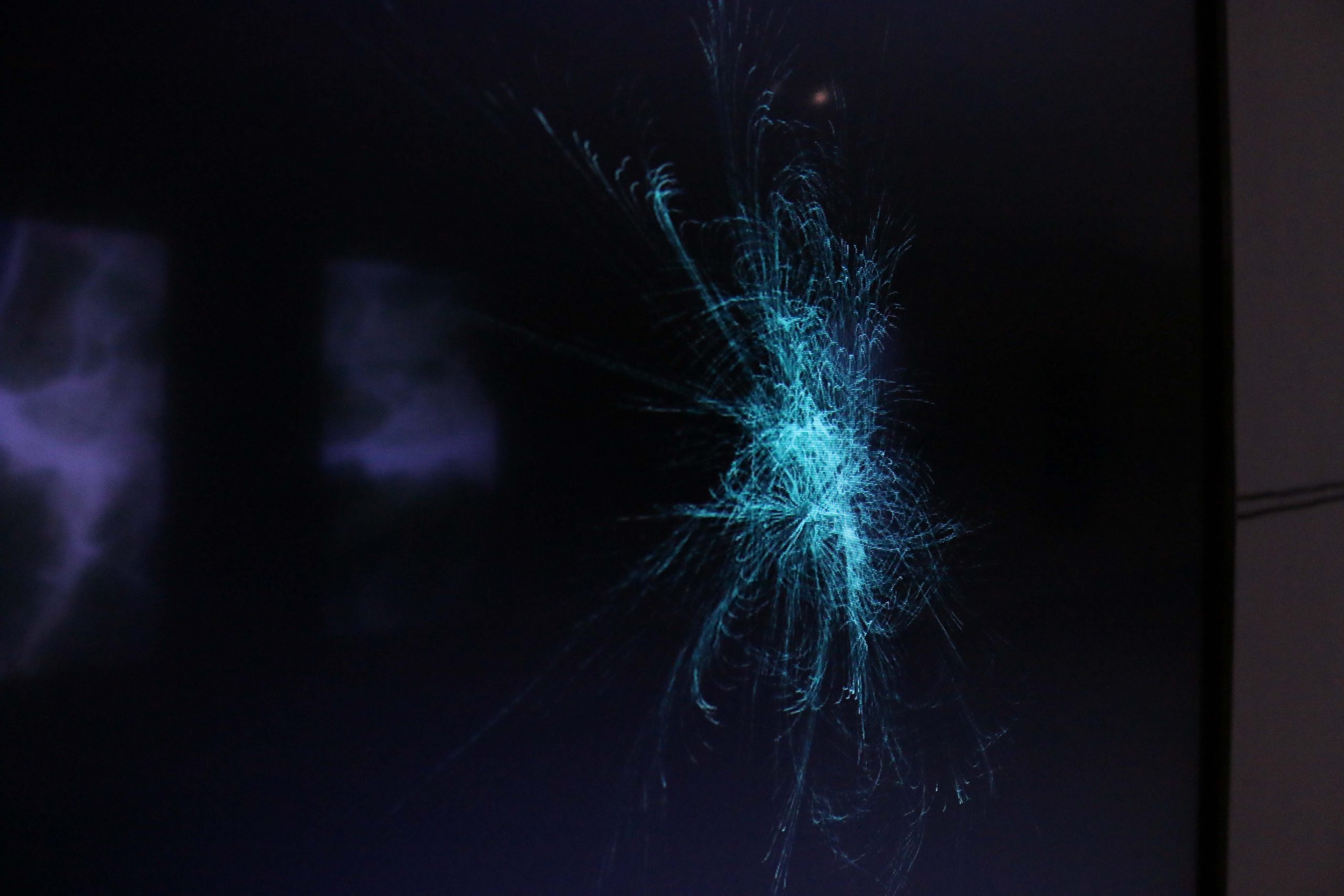 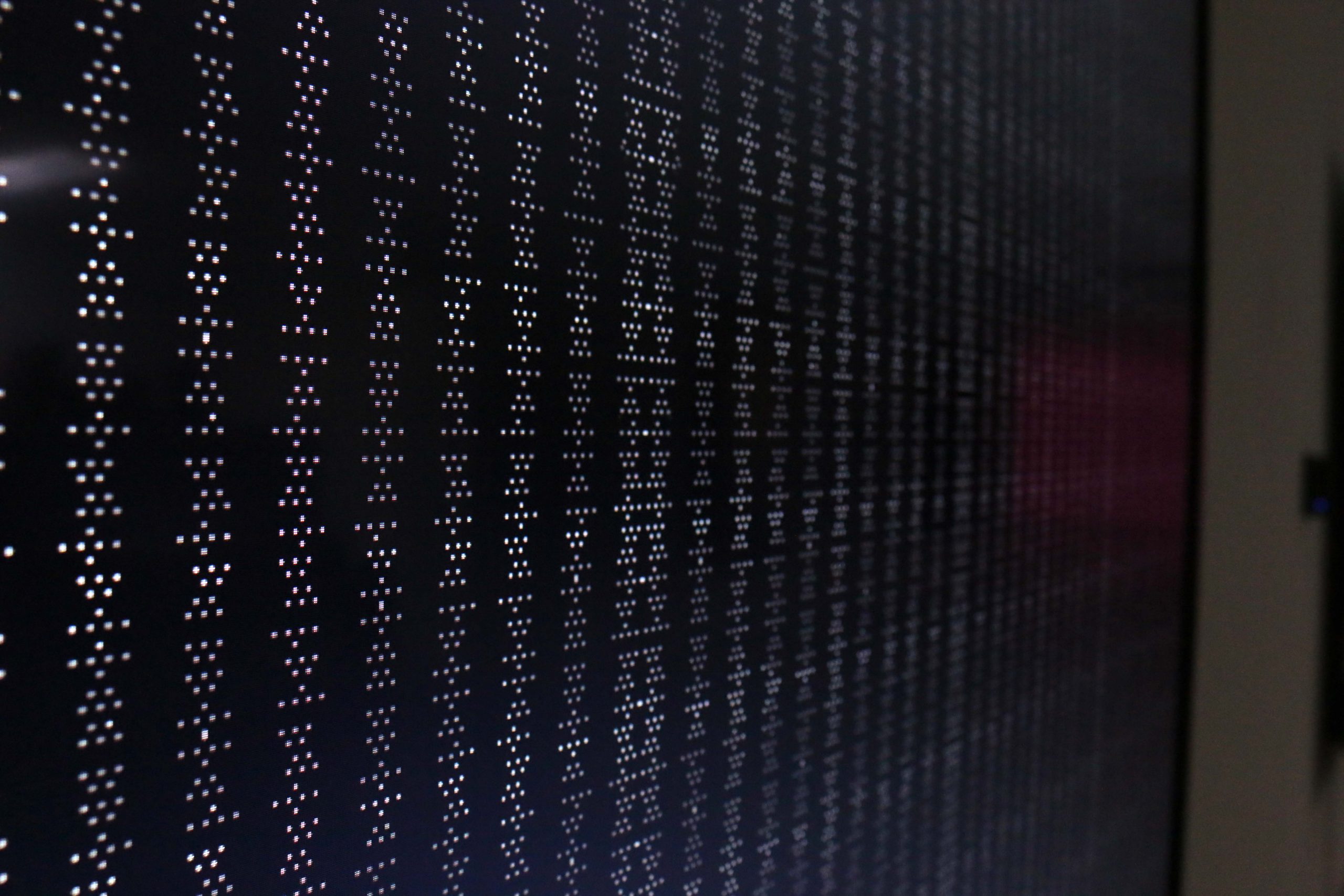 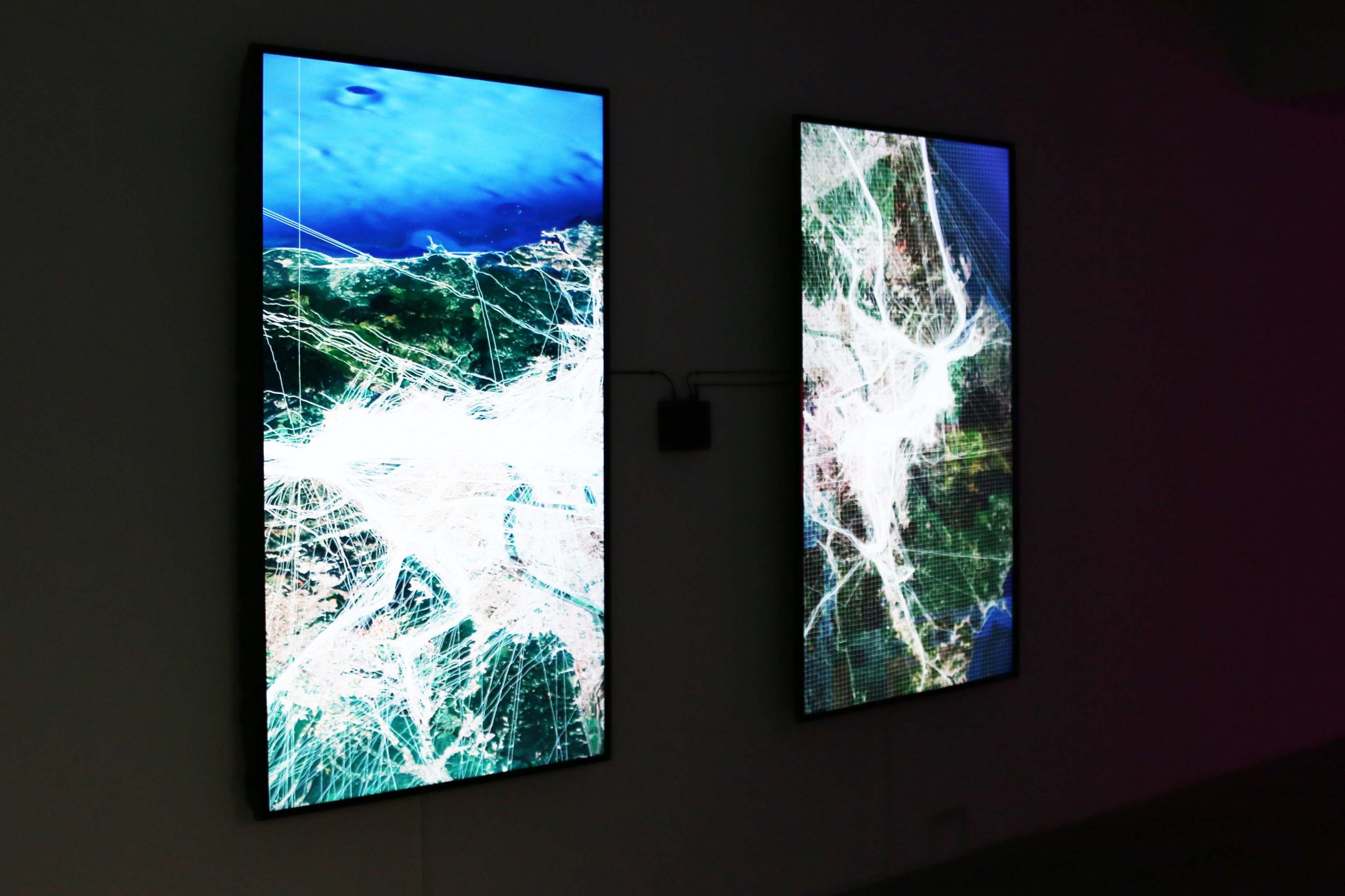 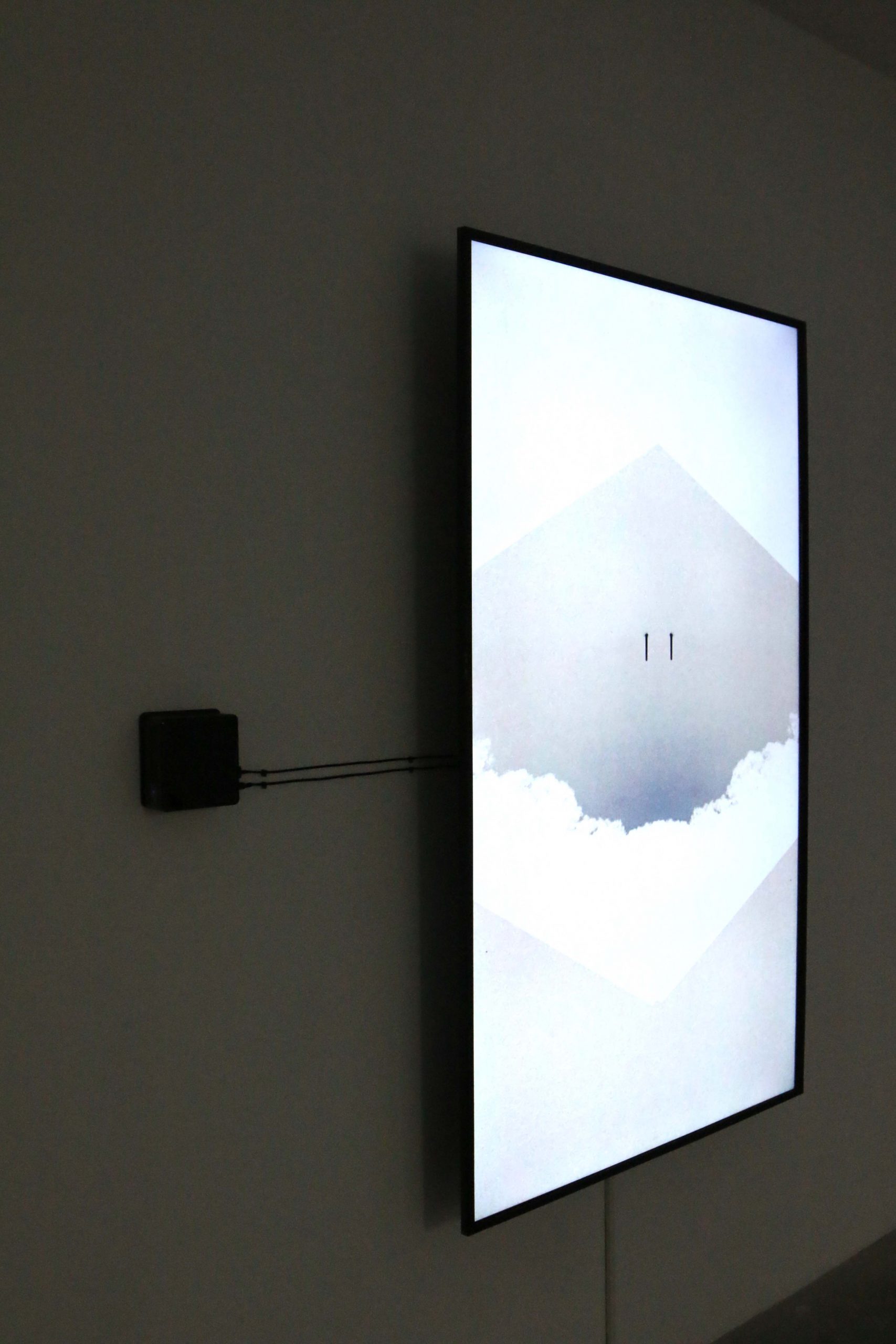 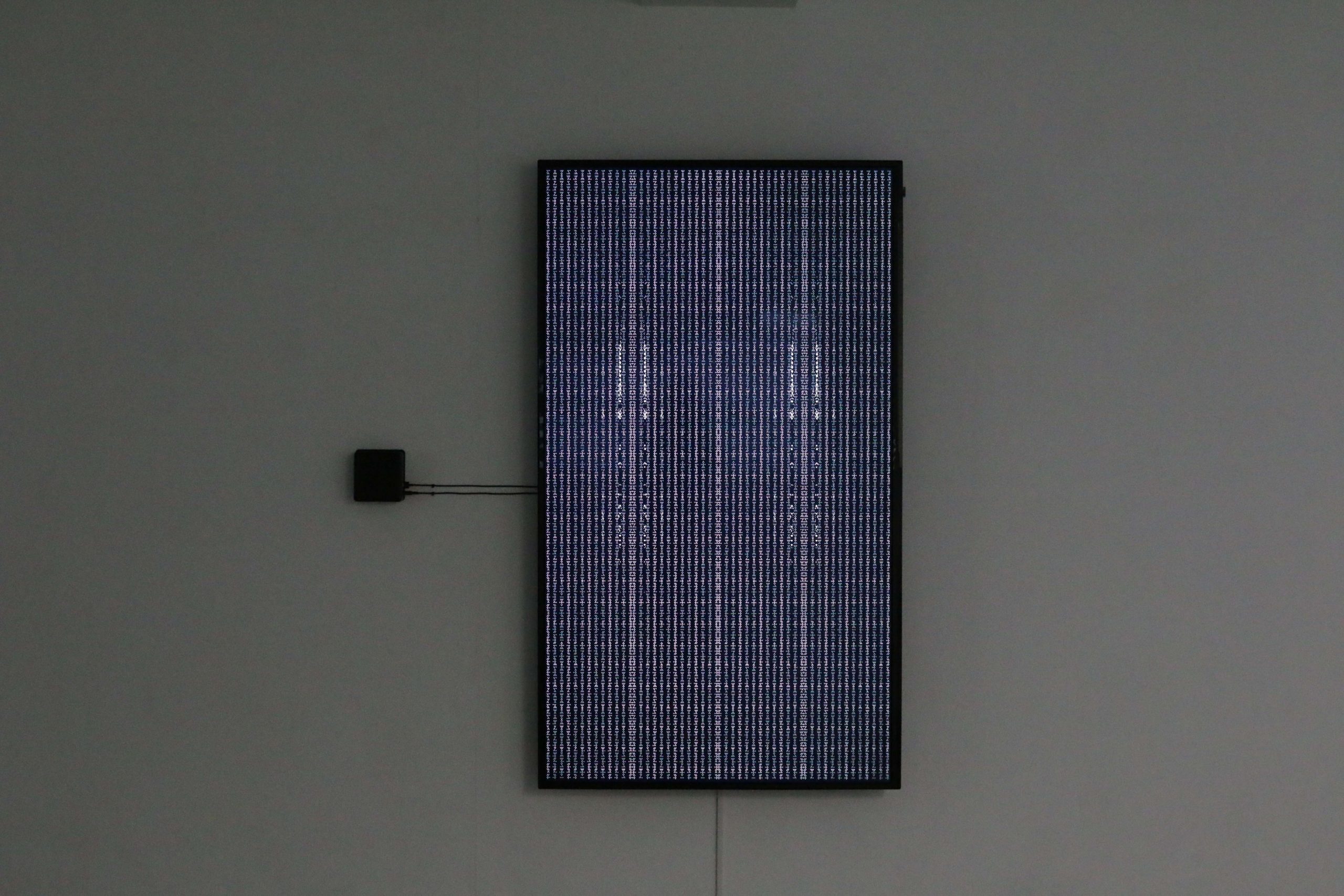 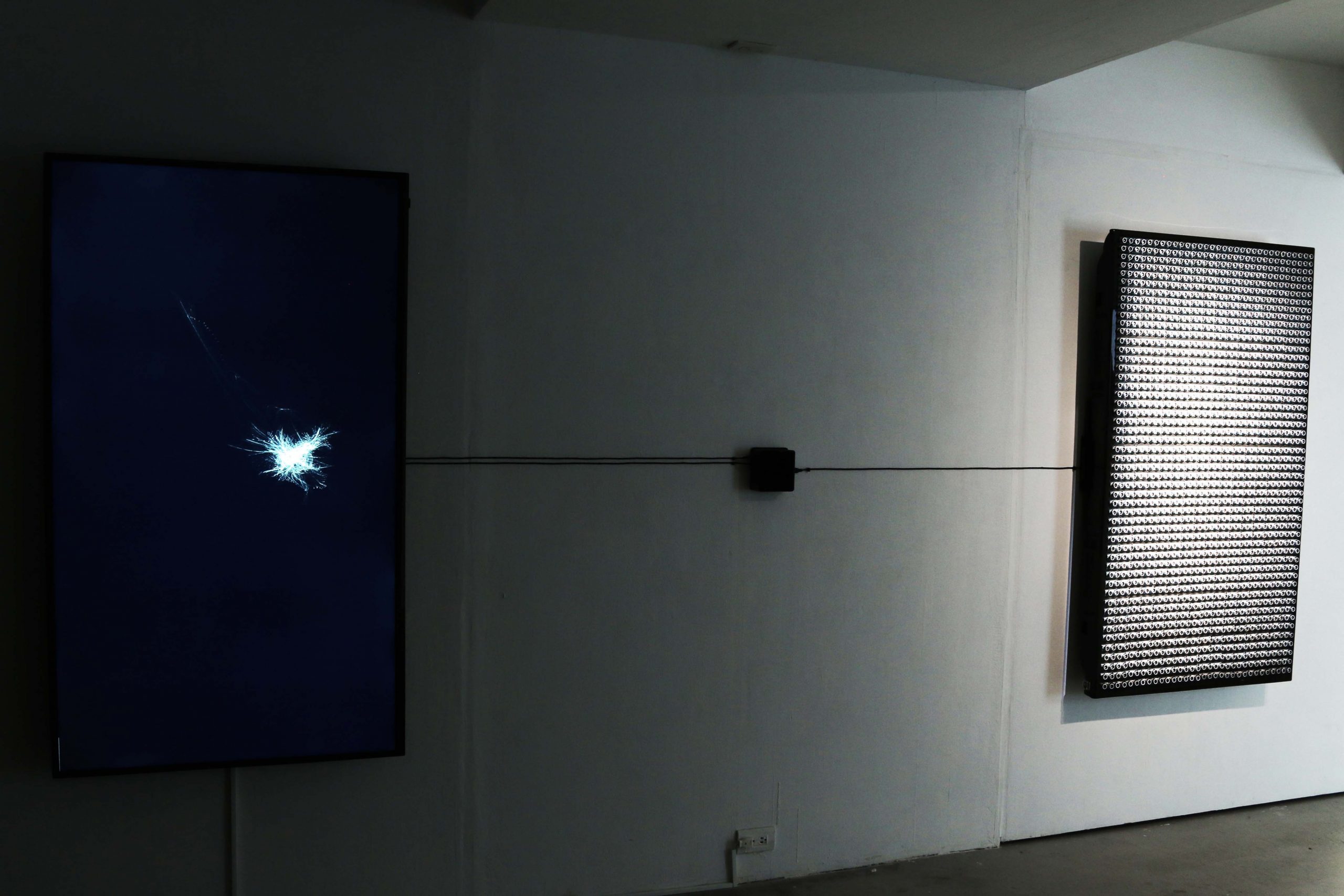 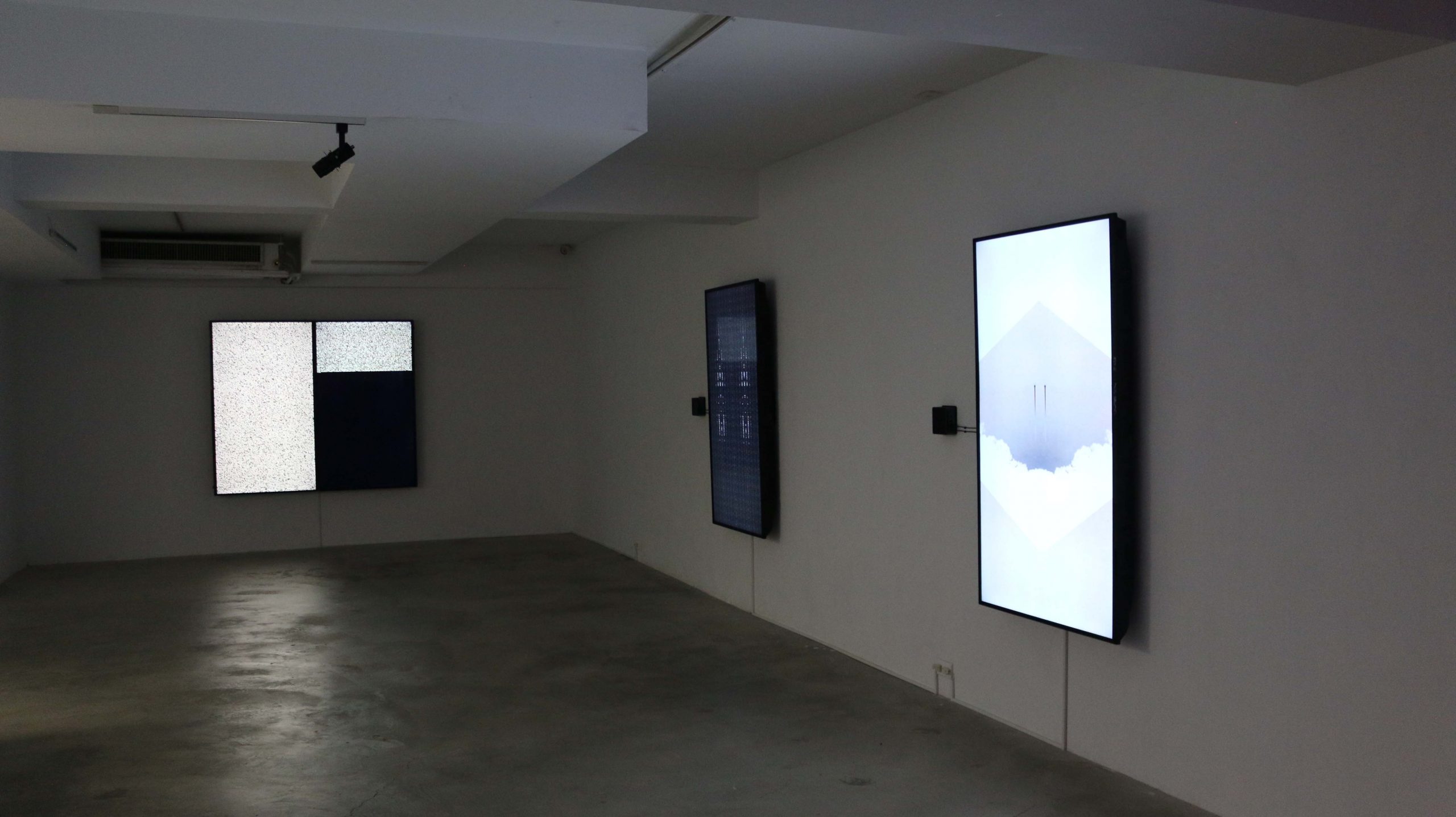 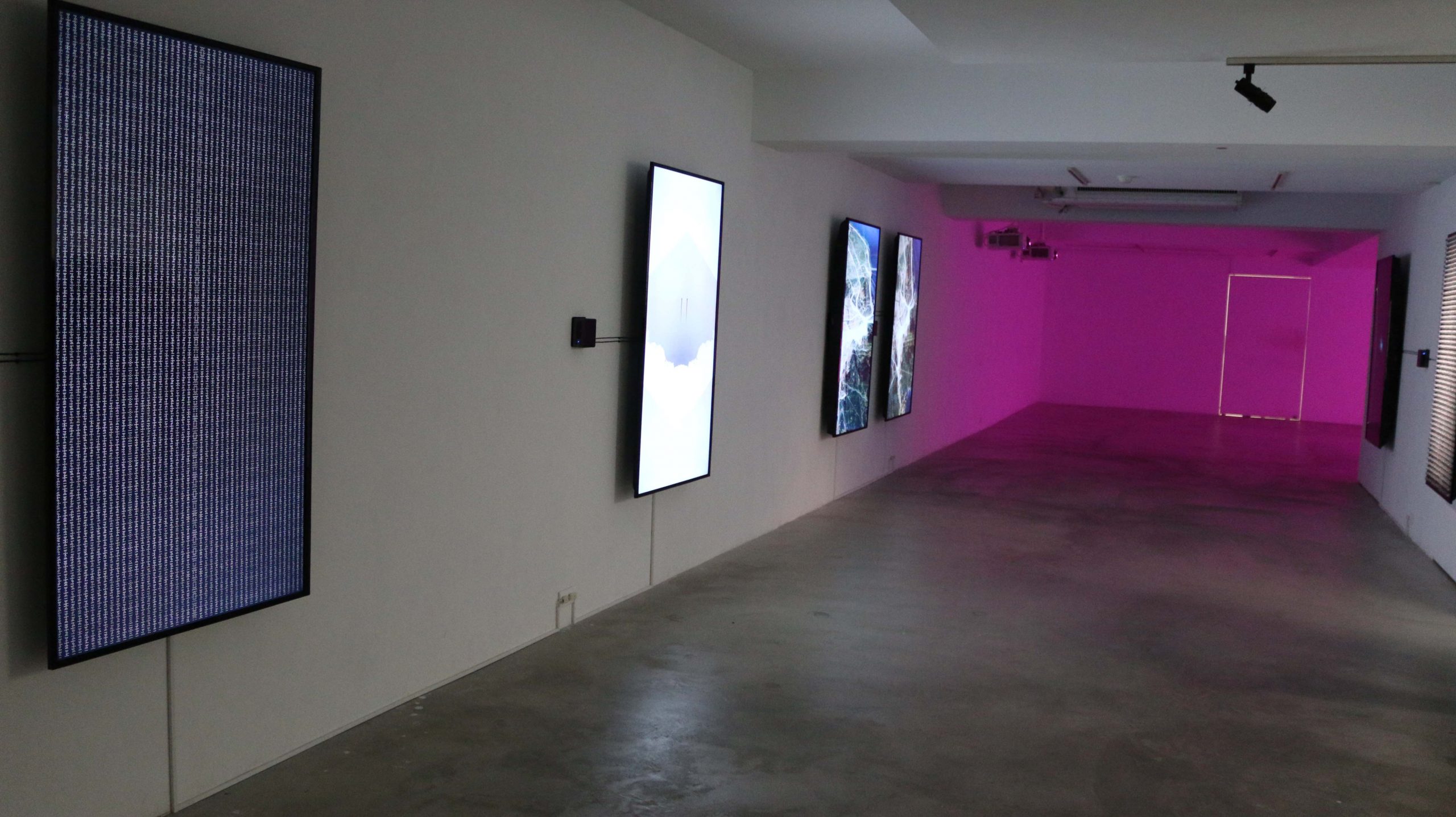 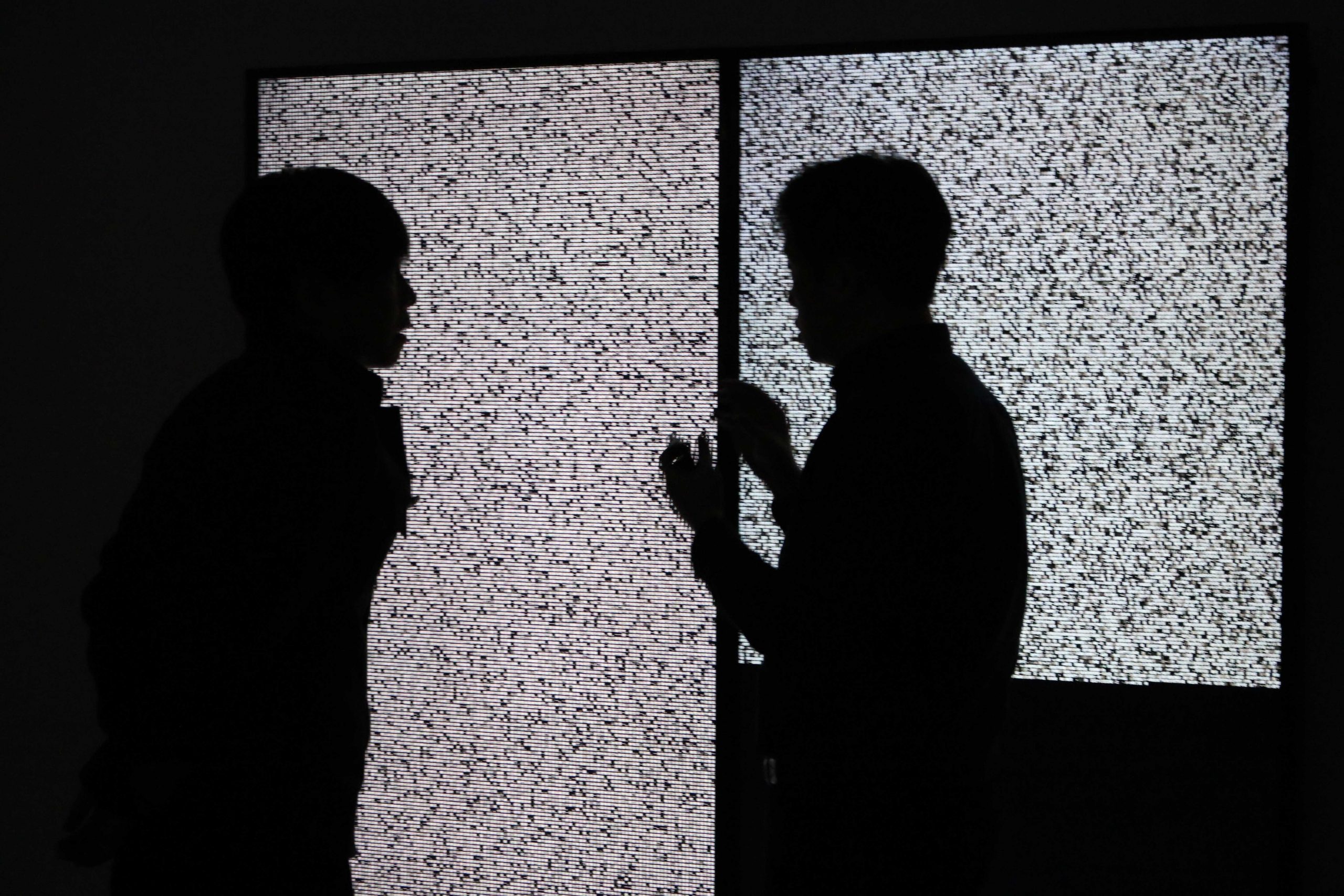