Every Chinese family has a story of diaspora.

My parents and I are native Hong Kong; my grandfather, however, was born in Dongguan, Guangzhou. He first moved to Macau and finally settled for the rest of his life in Hong Kong. And now, friends of mine who share similar background are relocating to other places with their next generations and becoming part of Hong Kong diaspora. The reflections on histories of diaspora of Taiwan and Hong Kong in the exhibition begin with the family stories of the two participating artists, Lin Yichi and Law Yuk Mui. To make ends meet is often the assertion of early history of the Chinese diaspora, which features ‘homecoming’ as the ultimate. Homecoming seems to be the ostensible finality of diaspora with the ideas of ethnic co-habitation and coherence of culture and folklore. The inquiries of the concepts of diaspora and homeland of Li and Law anchor in their familial histories; their artworks are artistic, linguistic, and poetic renderings, which reflect homecoming is an obsolete feature of diaspora.

James Clifford, an anthropologic historian, asserts that diaspora in the contemporary context signifies residing in foreign countries while maintaining communication with one’s community; it concerns returning home the least. Thus, the notion of diaspora is a dialectics between homecomings and dwelling in displacement. In the history of human displacement, diaspora is not a mere transnational movement; rather, it is a signifier of unique localness and special ways of establishing and maintaining a community. In this sense, the idea of homeland becomes ambiguous in ‘homecoming’. Not returning home (or not able to do so) but remains in diaspora is not negligence of one’s origin; rather, it supposes a multiple existence of ethnic groups. For the reasons of civil wars, ideological confrontation, colonialism and Cold War, the histories of modern Asia are histories of Chinese displacement, which often took seaway and dispersed in the region. The drift is, therefore, a metaphor in the exhibition. It reveals the identity, nationality, and homeland are fleeting concepts, which contest hegemonic coherence and unity invalid.

Lin Yichi discovered letters from her relatives in Indonesia in her grandmother’s drawer; the letters are filled with nostalgic sentiments to home: Taiwan. The idea of Taiwan as home to the generation of Li’s father, however, becomes a symbolic supposition. In her work Nanyang Express: Trans-drifting and South Sea Crossing, Lin mediates herself as a messenger and travels to Nanyang to search for her familial histories of diaspora. The ocean currents, the subjective perspective, and the linguistic shifts in the work suggest individual experience as the constant cultural modifier. Lin’s work is an ambiguous reflection on the histories of Southern Expansion Doctrine during the Japanese-colonised Taiwan and the migrations of mainlanders to Taiwan after the Second World War. Drift is also a significant metaphor in From Whence the Waves Came of Law Yuk Mui. It connects the fleeing experiences of Law’s parents and Tom, the young Vietnamese refugee to Hong Kong. Law’s parents left Shanwei, China, for Hong Kong in a self-constructed sailboat in 1979; Tom and his parents who arrived in Hong Kong by boat from Vietnam in the late 1980s as refugees were later repatriated after having spent many years in a detention centre. The waves, coastal landscape of Hong Kong, and the spanning sea outside of the detention centre’s windows are intertwinements and juxtapositions of political incidents of various times; they mediate Hong Kong as a transitional rotation.

Indoctrination is often a means to adapt to a new environment, be it migration, diaspora, or exile. Lin’s new work on practicing languages and Law’s Pastiche are dialectics of implantation, education, and colonisation. Lin’ work is a reflection of language as culturally essential for one’s identity; while Law’s Pastiche tells the story of the unrooted nature of Bauhinia blakeana, the floral emblem of Hong Kong. Bauhinia blakeana flower does not bear fruit; its propagation can only be done via grafting. The story finds its reverberation in the fate of Hong Kong. The works of the two artists artistically suggest the intactness and homogeneity as the parameters to define one’s identity a paradox; they echo Stuart Hall’s concept of becoming identity. Hall asserts that the notion of identity entails two positions: it comprises the oneness (the shared tradition and ethnicity) and multiplicity (the individual differences and experiences); identity is a constant process of becoming as individual experiences are always in progress, which has no identicalness and finality. Thus the constructions of the concepts of cultural identity and home do not signal the stable and hegemonic ideas of historical recollection and searching for root; rather, it prevails constant positioning amidst the tension of histories, culture, and subjectivity. As a Jamaica-born British scholar, Hall went to England for study and has become an influential British scholar of cultural studies. He spent almost all of his life in England without regarding returning to Jamaica as homecoming. He is a diasporic scholar, a familiar stranger in both Jamaica and England.

Appropriating Hall’s concept of becoming identity, Lin’s and Law’s artworks propose Chinese, homeland, homecoming, and root are dubious notions; the entire exhibition is thus turned into a reflective dimension for the notions. 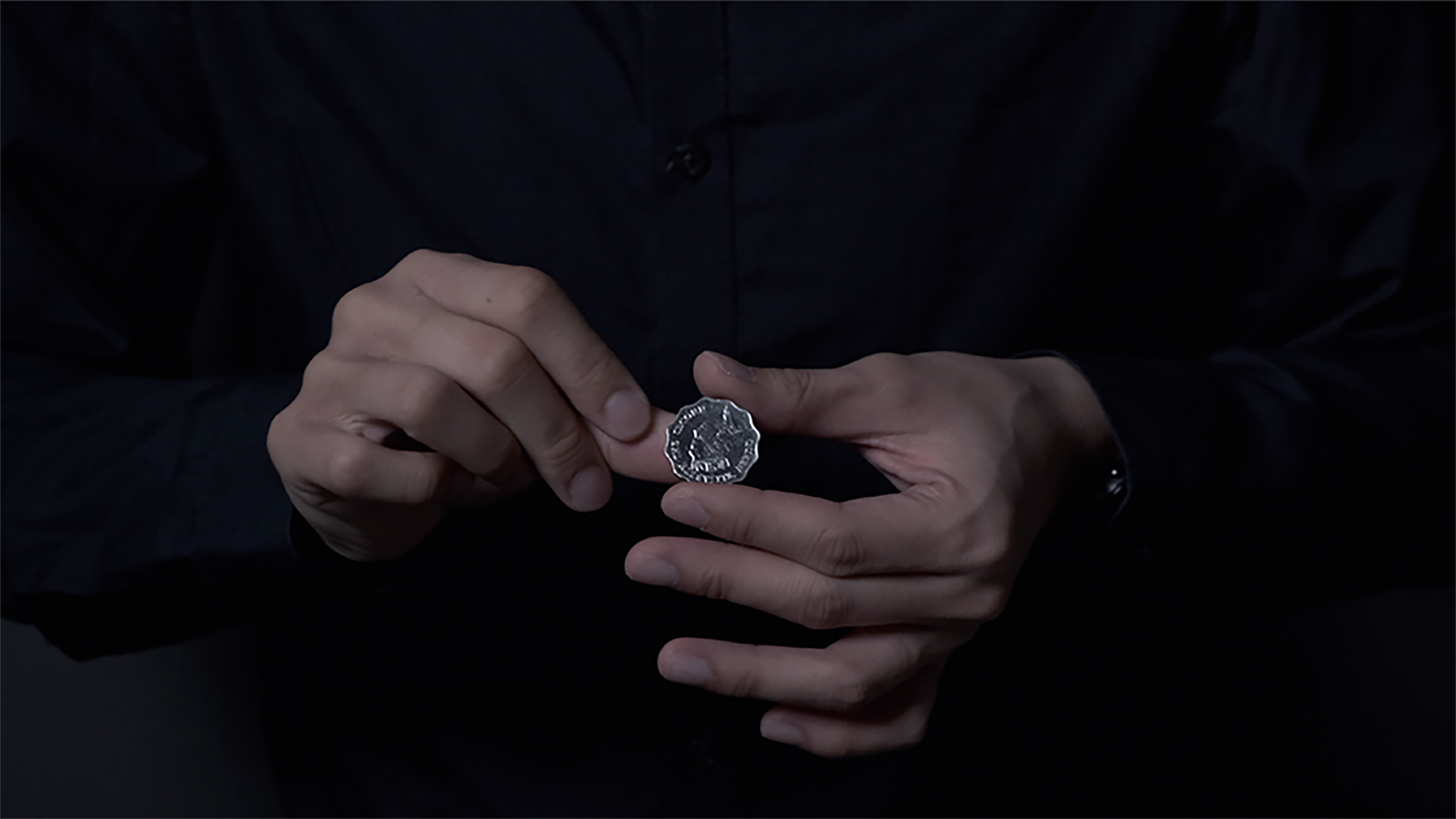 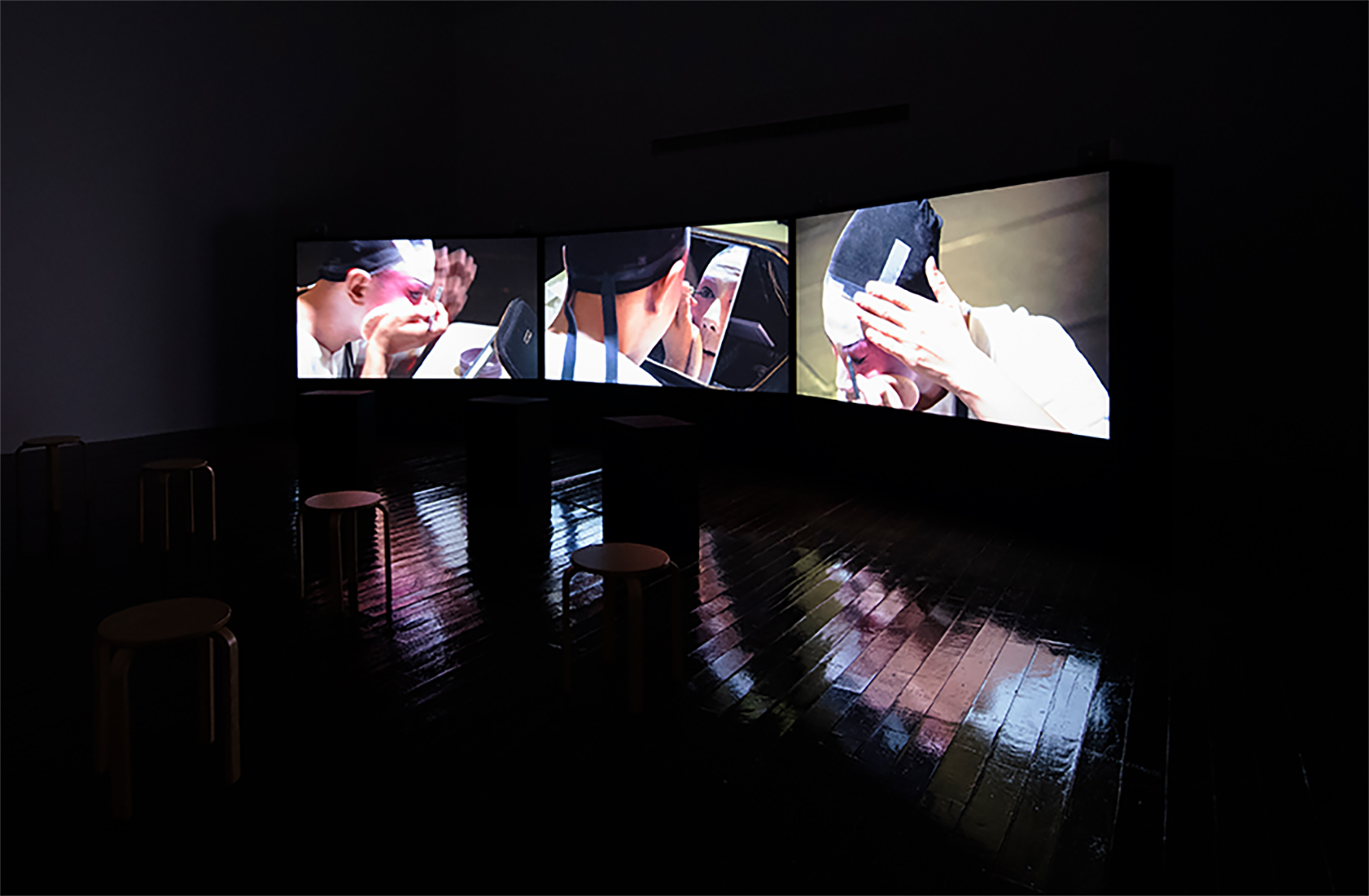